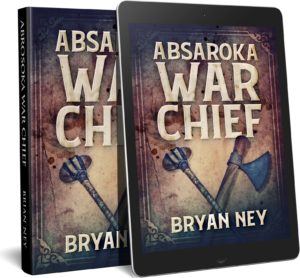 Set in the 1820’s American West and based on the life of James Beckwourth, an African American born of a white father and slave mother.  He joins a fur trading expedition and struggles for the respect of his fellow trappers, then is captured by the Crow tribe. Among the Crow he rises to become a vaunted leader. But he becomes disillusioned with the violence of their lives and ultimately has to decide: where does he really belong?

Gold, gunfire and horseplay make for a dangerous and exciting mix for Jane, a newcomer to frontier Montana.  The neglect of her derelict parents gets her labeled “Calamity,” but her fearless nature and skill at the gambling table make her the toast of the town.  At the same time, robbery and murder escalate, resulting in the loss of a friend.  Jane thinks she knows who leads the gang.  Can she rally the town and bring the killers to justice?

“The details of life in the 1860’s Montana mining town are rich, and the quick-moving tale is well-situated in the tradition of 20th century frontier town novels, such as Jack Schaefer’s Shane … A light, fun, atavistic Western novel.” — Kirkus Reviews

“Bryan Ney accomplishes in this creative historical novel what no other writer has done: provide a revealing, entertaining fictional account of Martha Canary/Calamity Jane and her family during the roaring days of the Montana Alder Gulch and Henry Plummer frenzy.” — Richard W. Etulain, author of The Life and Legends of Calamity Jane

“A charming tale, nicely told. Once I started reading, I didn’t put it down until the end.” — Daniel Ostroff, Editor, An Eames Anthology